Who can convince those who reject climate science? Maybe their kids - US Experiment showed middle-schoolers got their parents thinking

#^Who can convince those who reject climate science? Maybe their kids - US Experiment showed middle-schoolers got their parents thinking

There are significant generational differences when it comes to opinions on climate change in the US. Students are more open to learning about this scientific issue without getting snagged on the culture wars that have divided American opinions along political and cultural lines, which probably explains why younger people are less likely than their grandparents to claim that climate science is “a hoax.” But can kids help us with that problem now, or will they have to wait decades for their turn behind the levers of power?

A team of researchers led by North Carolina State University’s Danielle Lawson set out to test how kids affect their parents’ opinions by bringing what they learn home. The researchers recruited middle school teachers in coastal North Carolina, assigning some to try out a specific climate change lesson plan and using the rest as a control group for comparison. In total, about 200 families went through the experimental curriculum, with about 100 kids in the control group taking unchanged classes.

The experimental curriculum consisted of four class activities teaching students about the difference between weather and climate and how climate change impacts the species around them. They then participated in a relevant local community project. This experience was designed to fulfill education standards but also to be similar to other lesson plans in which novel experiences have been shown to get kids talking at home, resulting in parental attitude changes. To that end, the kids were also given an assignment to interview their parents about their perceptions of changes in the local weather.

All of the students and parents filled out surveys assessing their opinions on climate change and whether their family had discussed the topic. The results showed that, unsurprisingly, the experience increased the students’ concern about climate change. But it also had an effect on their parents. There were significant increases in parental concern about the topic—particularly among the demographics that started out least concerned.

I suppose this makes sense as the older generations have their thinking a lot more "polluted" by politics and grew up in the era of everything plentiful and the end of the industrial revolution. The youth of today are more open to learning and questioning what is being said. The future belongs to today's youth. Older folk may switch off from external influences but it's difficult to switch off from your kids living in your own house and wanting to discuss this topic where they have a real interest and care in the topic. Often just rational debate/discussion will open minds and this will be easier to happen when there are no external threats butting into the discussion.

Read more about the outcomes and conclusions from this experiment at arstechnica.com/science/2019/0… 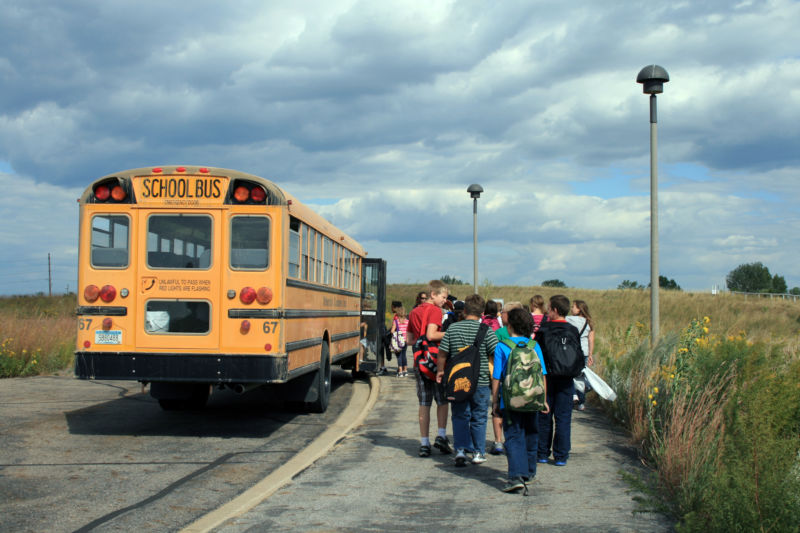