As the confectionery capital of the world, Paris has no shortage of candy shops. To succeed in a sea of macarons and madeleines, these confiseries must prove that they’re the cream of the crop—a feat that family-run chocolate shop À la Mère de Famille has continuously accomplished for two-and-a-half centuries.

À la Mère de Famille was founded in 1761 by Pierre-Jean Bernard, a young grocer. After relocating from Coulommiers to the heart of Paris, Bernard set up shop in a corner building at 35, rue du Faubourg Montmartre. Here, he attracted Parisian passersby with an array of sugary specialities, from praline cakes to pots of honey.

Today, a new team of chocolatiers continues to keep the shop’s spirit alive. In 2000, Étienne Dolfi—who, at the time, worked as the store’s confectioner and supplier—took over the business with his children. Since this shift in ownership, 10 more À la Mère de Famille shops have popped up across Paris, offering their old-fashioned treats like candied fruits, calissons, and Montmartre Palet biscuits (their specialty) to audiences all over the city.

Still, even with these new sites, the little store on rue du Faubourg Montmartre remains the most beloved À la Mère de Famille location. As the oldest candy shop in the city, this corner store will always have an extra special place in Paris’ rich history.

“After offering the finest products for two and a half centuries, the historical store is now a legendary address whose façade has not changed since the end of the 19th century,” À la Mère de Famille tells My Modern Met. “It is not just a store, it is an exceptional heritage that never ceases to reinvent itself.”

Pity I did not know about this shop when I've visited Montmartre as I would love to have visited it.

See some photos at mymodernmet.com/a-la-mere-de-f… 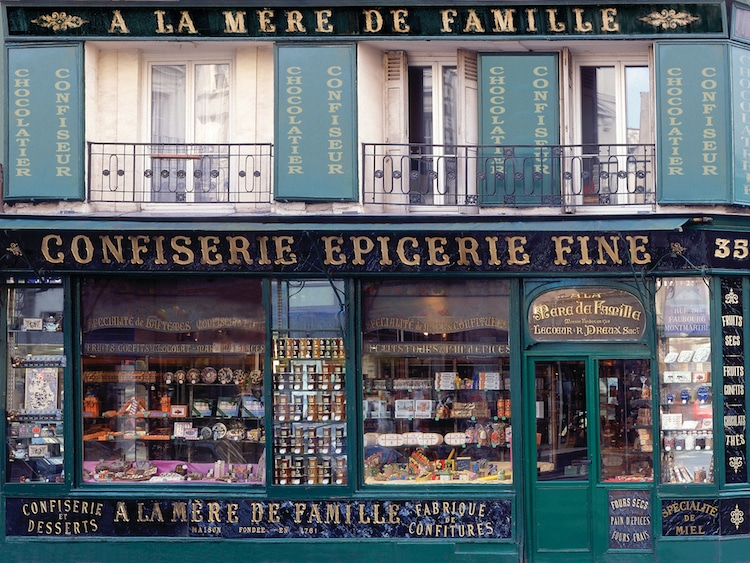