The Restoration series, the day we all have been waiting for has finally arrived. The mighty Red Devil makes its return to the rails after being in storage for almost fifteen years. The restoration crew do final checks and adjustments, including setting the safety valves, reverser and attending to a number of steam leaks. Once the roadworthy is complete the locomotive departs for its journey back to Cape Town. Western Cape, South Africa.

If you listen carefully near the beginning you'll also hear the engineers speaking in Afrikaans. At around 8 mins you'll see some snow on the mountains in the background - not a site often seen.

Watch the video at https://youtu.be/3_vDBjhOfUw 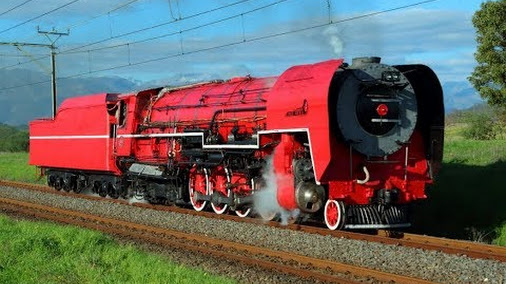