Last Week Tonight with John Oliver: Facebook is too Powerful - "A toilet is better because at least ...

Last Week Tonight with John Oliver: Facebook is too Powerful - "A toilet is better because at least it takes the shit away"

It is really not about Facebook itself (my opinion) as it could have been any large network where it connects many uninformed people who then get influenced by others who have overt and covert agendas. Whilst the same can be said of many government censorships regimes, there are often trained journalists and newspaper editors to hold accountable too for the accuracy and objectivity of messages being conveyed.

Connecting the world using technology does sound like a worthy cause but where you do not understand the cultures, languages, religions, etc it is a bit like giving pre-schoolers a gun, some poison, broken glass and some flowers and saying "go play". We have a lot of gullible people in the world everywhere who are quick to believe what they want to believe without questioning or checking facts. We also like to believe that our viewpoint is the correct one but many others have a different view of the world (and sometimes they may be correct given the full context).

It's scary think how many people think Facebook is The Internet and that this is where they get their "news" which shapes their beliefs and actions. And we must not exclude First World countries too from this...

We need way more objectivity and fuller context to the "news" we receive. It really does become about picking your sources of news more carefully. So yes that does mean "governments" are also not a good source for news.

Maybe a noble thing to do is for a social network to give feed preference to really reputable sources of news (but in whose opinion would that be?). There is certainly a case to be made for this. Organisations such as ProPublica come to mind (at least based on what they claim to aspire to) as well as the Electronic Frontier Foundation (guarding against privacy abuses by governments). Maybe also we should separate social networks from any claim to being a "source of news".

One thing we have to accept though is that the melting pot of connecting all people is also causing harm and mistrust. We also cannot ignore that much good has also been achieving through awareness, fundraising (yes and masses of fraud) and volunteerism. We also need to be able to effectively hold people accountable for false, criminal, etc statements made on social media. No doubt it is a complex issue and there is no easy single answer. Technology has been the easy enabler, but how do we ensure it is used for global good. The INternet founders were dealing with an academic environment where people wanted to help each other on the original Internet. A lot of the rights attributed to accessing the Internet then did not take into account people wanting to willingly use it for bad purposes.

Watch the video at https://youtu.be/OjPYmEZxACM 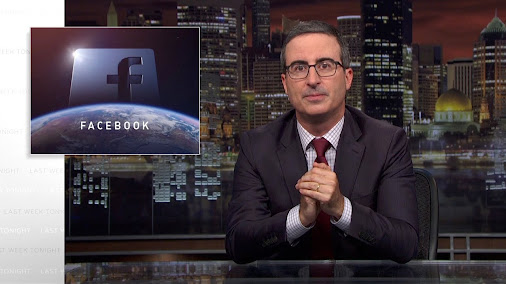