Cheating Is Destroying Battlefield 5 (and other games) - It spoils it for other players just like some...

An interesting video highlighting 3 classes of cheaters. I pity the other players who are either new (and maybe abandon the game as unplayable) or more experienced players who have to face unfair competition. The problem also is as a player you don't get to choose to play a fair battle vs a cheating battle.

The sad part is that like many other things in life it is these selfish few players who actually ruin it for everyone else. I've seen more than one good corporate benefit scheme being cancelled because of a few individuals who blatantly abuse it. Yes, it is also like drivers sitting in a long line of traffic where you'll always get those few (note always a FEW) who will skirt around two or three side roads to emerge 20 cars ahead. So what they do is double penalise those who waited in the queue as these slow down even more for those pushing in ahead. And of course, the real residents trying to join the queue up ahead are thought to be queue jumpers too. Why I add this comment is because our local community has had an explosion of complaints on our community Telegram group about queue jumpers. The few end up really irritating the many.

Gaming is just no different from other societal challenges. And no it should not be the fault of the game itself. The fault lies squarely with those not playing the game in a good community spirit and wanting to beat their opponents through skill.

Imagine what a game would be like if there were no rules and everyone just cheated (playable?) or all drivers just decided to all run red lights or drive on any side of the road (safely drivable?). So society (and games) have rules to make it fairer, safer, and workable but I really wonder about the human nature of those few who just decide to exploit others (it's much like a criminal who decides to steal from others instead of working to earn their money).

I suppose it is really nothing new as we've always had the few breaking society's rules since the beginning of time. But it does not mean that the majority should have to bear it silently or just watch and do nothing. There should be indignation voiced.

And true to human nature I guess the only ones to comment on this post will be the cheaters saying it is all fair in love and war, and why not just skip a queue or two as no-one is actually killed. The majority remain silent but upset. I've seen it on G+ as well where many have said to me in person they read all the posts and love them, but they never like or comment. The majority really is out there, they're just silent...

Watch one person speaking out at https://youtu.be/rdpTvPWR1hk 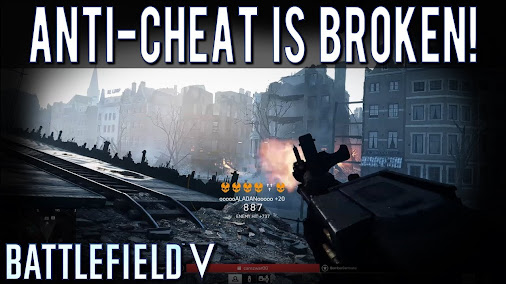