On Friday the RSS feed from my Google+ posts died and clearly, I took a lot for granted. I expected any replacement RSS feed (from Friendica, Blogger, my Drupal blog) to work the same. None of them did.

Mostly I will post with a title, content, a link and tags. Generally, the RSS feed previously recognised the link and subsequent posts included a thumbnail image of the link with an excerpt of the text. Well, that was truly gone now and it took me 24 hours or so to reach a compromise and to tune it.

Firstly most RSS feeds showed up with errors and the best I got was showing the linked article without any image. This does not translate well to Twitter and other sites that ideally wants to see an image to feature.

To cut a long story short, nothing was picking up the thumbnail image at all and eventually what worked was to use Friendica (my squeet.me node) to create a post as per normal but instead of adding the link, I would insert a URL to the photo at the remote article. That seemed to pull the photo reference through for the RSS and it now appears replicated correctly. Any social media that replicates/mirrors from RSS should now work but for now, I'm creating the source post manually in Friends+Me that replicates to Facebook, LinkedIn, Twitter and Tumblr. Friends+Me can also be triggered via IFTTT from an RSS link so I'll be trying this soon as the next step. If it works, my single post in Friendica will replicate to 6 other social networks.

I still have to post manually to MeWe and Youme.Social as they accept no mirroring. 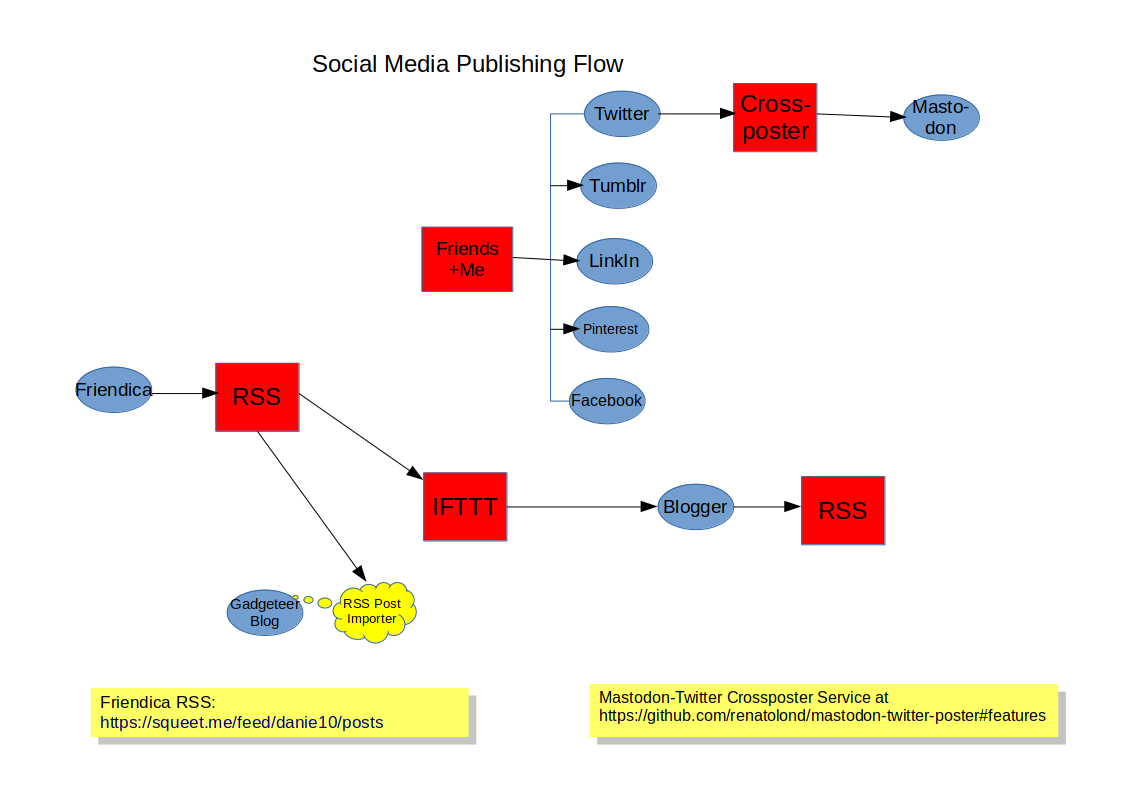