Skip to content
Latest Posts
Harvard Experts build multimodal AI system to predict 14 types of cancer – Many sources become one
Lithium-Ion 1.5V Rechargeable Cells in AA and AAA Are Probably Best Now For Most Use Cases Over Ni-Mh 1.2V Cells, Or Alkaline Cells
Sennheiser Momentum 4 Headphones Review: Less Cool, More Comfortable, 60-Hour Battery Life
The 9 best drawing apps for Android – Choosing the right app for the mobile art studio in your backpack
Why Truck Simulators Are So Popular – Really Good Gaming Does Not Have To Be Adrenalin And First-Person Shooters 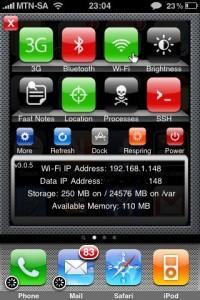 This page outlines my personal impression and experiences with the Apple iPhone 3GS. Bottom line is that without the Jailbreak I would stick to my Nokia E90. I stopped using this phone in September 2010 when I upgraded to a Samsung Galaxy S Android phone. LOL now in Feb 2021 I have moved back to iPhone so will leave the older info below

So in February 2021 I moved back from Android to an iPhone 12 Pro. The main reasons were:

The iPhone has improved since 2010 and now you can change the default keyboard, browser and phone app. It can have apps updating in the background now especially for receiving push notifications. Three key challenges I did have was global clipboard functionality, call recording and screen mirroring to my Linux computer:

I bought an Apple iPhone 3GS 32GB, so I could test it out first-hand as a user and see if it lives up to its great reputation.  My first month’s experience says that it is a solid phone with really great applications, however it does lack some really fundamental functionality that is present on other phones. This is not the actual phone’s fault, but rather the restrictive way that Apple manages the availability of 3rd party applications. My prediction is that the Android based phones will knock the socks off the iPhone by 2010. A problem has developed during December 2009 with the phone losing its GSM connection at random times and saying “No Service” and I have to reboot the phone, sometimes multiple times, before I can get a connection again. Before diving into all the info below… you can have a quick peek at the home screen I currently have (then at beginning 2010) on my iPhone at https://photos.gadgeteer.co.za/index.php?/category/113. Feel free also to leave any comments at the bottom of this page. Also see how to easily dual boot your iPhone between Android OS and iPhone’s OS.

The key shortcomings I have experienced are:

(on factory Apple apps and phone)

So with all the restrictions above I was getting seriously challenged in terms of maintaining my daily productivity on the iPhone and quite honestly, although my old Nokia E90 did not look so slick and shiny, it had much better functionality. The drawback was that I had upgraded to iPhone firmware 3.1.2 and only the Mac OS QuickPwn could break it. Recently though Blackra1n (on Windows) was upgraded and I was able to jailbreak version 3.1.2. I was amazed at how easy it was: I downloaded the software, ran it, clicked yes, the phone rebooted, and that was it! Jailbreaking does not change the firmware of the phone and really just allows other software to be installed. All the original Apple apps still work and install as before. I have a new icon now for the Cydia app store on my phone and it works just like the Apple Apps Store (can purchase and install directly) except that it hosts multiple repositories and has software apps that set the iPhone free with new functionality (yes, non-Apple approved software). Another key plus is enabling background processing. For version 3.1.3 you can now (from May 2010) use Spirit.

My favourite Jailbreak Apps are:

SBSettings – this app is activated from any screen by just swiping along the status bar and you have instant access to toggle buttons that can quickly enable / disable WiFi, 3G, GPS, Bluetooth, etc and also access a list of running processes to shut them down if needed. It also has a floating dock to which you can add some apps that you need really quick access to.

WinterBoard – it basically just changes all details of the themes and display, but a key plus is the ability to set the lockscreen to show live weather or even a moving clock. It has some stunning 4th party themes though! Here is the Ubuntu theme I’m using right now. A note for January 2010 is that I have found either Winterboard itself, or most likely the Ubuntu theme I was using, was making my phone constantly lose the GSM service. Since disabling Winterboard the phone has been working fine again….

Rock Your Phone – has replaced Cydia as my favourite app installer for jailbreak apps. It’s much faster and has more settings and information available.

My Favourite Apple iStore Apps are:

Pocket Universe – planetarium program that blows my mind as well! It has your current GPS location and direction you are facing. It then reads the tilt angle of your iPhone to move the sky and stars on the screen in line with what you are looking at in the night sky. As you rotate and move the phone it aligns the display with what you are seeing behind the phone.

Barbeque – all the sounds and sites of an actual barbecue. You can cook steak, corn, etc and then serve it up and have a photo saved of it.

SketchbookX – great drawing program. See a sample of art my daughter did.

Geocaching – links to the online service to help you find and also log geocaches.Remember to save the cache navigation info before you leave for areas that do not have cellphone coverage.

Layar – uses your current location and heading, and with the camera on, it shows places of interest straight in front of you that are sourced from Flickr, Wikipedia, Twitter, etc.This is another app that blows my mind if I think where these augmented reality apps will one day deliver. Wikitude is a similar app but based only on Wikipedia.

Pano – takes a few photos and stitches them together automatically to make a panorama photo.