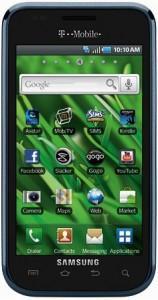 I bought my Galaxy S1 phone in September 2010 when I saw that the Google Android OS was reaching a tipping point in terms of early mainstream adoption and Gartner was predicting Android to Become No. 2 Worldwide Mobile Operating System in 2010, and Challenge Symbian for No. 1 Position by 2014. Nielsen data was also showing that Android phones were outselling iPhones in the US. Gartner’s Q3 report for 2010 said Android was the second-largest smartphone platform OS in the world. At this time, the Android Market was already standing at just over 100,000 apps.

Moving from an iPhone 3GS, the Android OS was like a breath of fresh air….. freedom!  I settled on a Samsung Galaxy S GT-i9000. And in July 2012 I moved on to the Galaxy S3 – really impressed with the speed, the gesture control, the 2100mAh battery, and the excellent camera. My S3 had a serious screen accident in September 2013, and I replaced it with a Samsung Galaxy S4 GT-i9500 which had free insurance to replace a broken screen, and has a much better camera along with some extra speed and features. The S4 was in turn replaced with an S5 phone in 2014.

And in February 2016 I bought a Google Nexus 6P Android phone after having quite a few Samsung Galaxy S phones. What I liked about the Nexus is the lack of bloatware, the instant OS updates from Google, stereo front speakers, the screen size allows some serious usage with it, and great battery life. No need to manually flash Samsung ROMs from the SamMobile website. So this phone was able to install an over-the-air developer preview version of Android N. I had lots of battery issues after just over a year of usage, and replacing the battery and even downgrading from the Developer Preview did not help (turns out later we all learnt there was a major issue with the Nexus 6P, and as I did not live in the USA, I completely lost out on having my phone replaced – I still sit with it), so in November 2017 I got a Google Pixel 2 XL phone. It’s only a week old, but the battery life so far has been amazing. I only hope the battery lasts well, and if so, I’ll be really happy with this phone. I can note that in 2021 my wife is using the Pixel 2 XL phone, and it is working just fine, except that there are no more OS patches or updates.

In Feb 2021 I moved off Android, and back to an iPhone 12 Pro mainly because I wanted an Apple Watch, Apple has been standing up for user privacy more than Google, it gets 7 to 8 years of OS updates and patches, and I can pay to have the battery replaced.

My reasons for moving to Android were:

Just like any smartphone (including my last iPhone) the Android will chew through its battery and can be dead by late afternoon. This is because multiple widgets draw data, the bright backlight makes it look so good, live wallpapers are stunning, live sync, etc all chew it up. One misconception to get out of the way quickly is that task killers do not help on the Android platform, and in fact could kill the battery even quicker! The reason for this is the task killer app kills other apps off regularly, and many of these apps restart again, killing even more battery. The truth is that the Android OS (which is Linux based and not Microsoft Windows) manages its memory quite well, and keeping lots of idling apps in memory does it no harm at all. They start quicker and use no CPU or battery while they idle. So what has helped for me is to mainly keep the display backlight off or very low (it uses the most battery), use GPRS or 2G instead of 3G for wireless connectivity, and keep GPS, Bluetooth and WiFi off until you require them. The last mentioned can be well handled using an app called Tasker. To see what is using your battery, go to the Android settings menu About Phone –> Battery use, and it will show you exactly what is consuming the battery. Exactly the same advice applies for the Galaxy Tab. More recently with OLED screens, it is wise to use a pure black screen background as that also uses less power. The concerns about the GPS, Bluetooth, NFC and WiFi are really no longer such as issue, as the phone’s OS now handles that very well by putting them to sleep when not in active use.

Some of my favourite apps that I use are:

See the complete list of my installed apps online for my Galaxy S and for my Galaxy Tab. An option for easily creating apps without coding, is AppsGeyser which is the web platform that allows you to convert any web content or widget into an App in 2 simple steps. See also Appsbar which is the easiest way to build apps for iPhone, Android and Windows Mobile in an easy-to-use GUI interface (note of caution on AppsBar is that they automatically require masses of unnecessary permissions to be granted by the end user when installing your app, and I’m not comfortable with this). A more comprehensive (but also complex option) is to use the Eclipse SDK – see their tutorial here.

GameLoft – some excellent games not found in the Android Market.

Installing custom ROM’s. These ROM’s replace the default firmware on the phone and let you run an updated version of Android, a non-restricted (by manufacturer) version, or even a different phone manufacturer’s ROM. Needless to say, this can be very risky and will void your warranty. One of the most popular custom ROM distributors is CyanogenMod (now LineageOS).

Samsung Kies not syncing on Samsung Galaxy S – check that USB mode on the phone is set to Kies and not mass media or something else. Also key is that you must be using the default springboard launcher. If you have LauncherPro (or other custom launcher) working you need to reset to the default launcher otherwise Kies will not connect (this took me hours to work out). The Kies software is for firmware upgrades or if you want to sync contacts, music, etc between the phone and a computer.

Yes the consensus is that people should wait for Android Honeycomb which will be more suited to tablets larger screens (my Tab 7″ is now running CyanogenMOD Jelly Bean 4.2.1 currently but LineageOS has since replaced it)…. but I needed a data modem for work and why buy a dumb modem when you can have an intelligent one that does other things?  So I went on contract for a Tab with 500MB of data per month (the contract now upgraded to 2GB per month luckily).  Off the bat I can say I’m quite impressed with it as the first thing you notice is its more workable size – you can really see more of what you are typing, there is far more information on the calendar and other screens, etc.  Second thing is the speed.  Rooting was a quick single click with the Z4Root app. The HTC Modded keyboard was not working too well so I tested and then bought the Smart Keyboard – with masses of options and skins including an iPhone skin!

Pro’s: 7″ usable screen, actually can fit into a man’s pants or jacket pocket, fast, comes with Android 2.2 Froyo, 16GB of internal RAM, keyboard has more of an iPhone “feel” to it, has an LED camera flash. Over the iPad2 it does have a proper phone, is holdable in one hand, has live widgets and plays Flash. The newer 8.9″ and 10.1″ Samsung Galaxy Tabs offer not only more size options but are also thinner than the iPad2.

Con’s: Only 3,2 megapixel camera, weak camera software with no touch focus (partly remedied this with 3rd party software), requires full 2 Amps to start charging so many standard USB plugs won’t cut it (they provide a special high power USB plug charger for a wall outlet). I would also have preferred a standard mini-USB cable as this one looks just like the iPhone’s docking cable. Battery is not user replaceable. Note1: In South Africa we can fully use Bluetooth headsets, Bluetooth keyboards, tethering to a PC, voice calling, etc. I hear that some US carriers have disabled these functions which is a real shame. Note2: How to make apps scale that don’t scale. Note3: Bootloader: Volume Down + Home + Power.  Recovery: Volume Up + Home + Power.

I replaced my Tab 2 with the Galaxy Note 10.1 Review in December 2012. Keen to test out the stylus and so far very impressed that it recognises my handwriting quite well.

OK I took the plunge and flashed both my Galaxy S phone and Tab to use CyanogenMOD 7 custom ROMs (my Galaxy S since moved through ICS and is now on Android 4.2 Jelly Bean). The reasons……? Well I get tired of waiting for Samsung and then my own carrier to test their factory ROMs as it takes months and I love new features…. so I moved from an Android version 2.3.4 to 2.3.7 and have masses of custom options to play with from overclocking to extra features like LED notification lights where my devices don’t have this as standard.  In addition, the sync on my Tab to my corporate mail server is also working again (it broke on the last factory ROM upgrade). WARNING: Standard warning applies for flashing custom ROMs as it will void your manufacturer’s warranty and you could brick your device. The process basically is that you use software like Heimdall to flash a new ROM to your phone.  There are options that usually include also the updating of the boot recovery manager as well to ClockworkMOD Recovery. Apart from installing custom ROMs and masses of other options, this custom recovery also does full backups and restores of the system. Once the recovery is installed, you can copy the update.zip file (for ROM) and the additional file for Google apps to the internal SD memory on the device (from your PC via USB cable), and use ClockworkMOD to “install” these ZIP files. The device reboots and there you are!  This is not a step-by-step guide so follow the guides for the Galaxy Tab 7 GSM version and the Galaxy S. Just some hints where I went a bit wrong: