Induction stoves are an important technology that allow consumers to happily leave behind fossil fuels in the kitchen. They cook food faster than other types of stoves, turn heat up and down instantaneously, offer precise temperature control, only work when a magnetic pan is placed on top of them (no more accidentally leaving the burner on), and thus are extremely safe, and perhaps best of all, are powered by clean electricity.

An accumulating body of research shows how cooking with “natural” gas can release many types of toxins like nitrogen oxides, particulate matter, and carbon dioxide, all of which exacerbate asthma and cardiovascular illness. Induction stoves are also more efficient than gas or electric coils. Energy transfer is around 84% compared to 74% with the older technologies. Cooking doesn’t account for a lot of energy use in the home, so the typical person probably won’t save a huge amount of energy and money, but it’s nice to know that when you do cook, you’ll be doing it more efficiently.

We use an induction (along with a microwave) with our solar/battery system so cooking this way is costing us nothing for years on end. 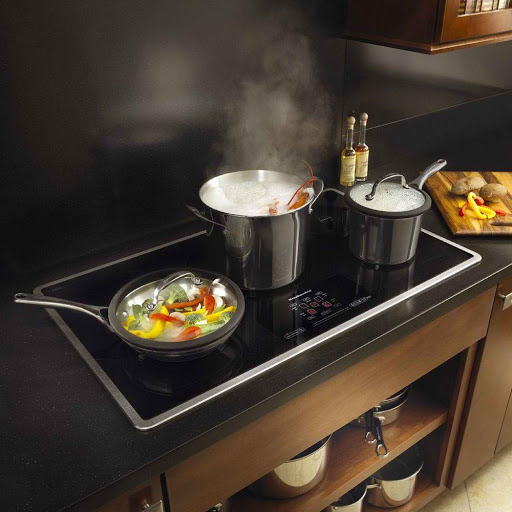 A coalition of nonprofits called The Electrification Coalition is hosting a webinar on induction stoves with a live cooking demonstration on September 23.