Yes you can use some free apps to capture 360 spherical photos using your mobile phone, but they are quite a pain as they take a while to get finished (while everyone else wants to move on). This LG 360 camera will take still photos and 360 video very quickly, and is slim enough to just slip in your pocket (unlike the Samsung Gear 360 which costs a bit more).

When travelling on holiday being able to capture a 360 photo or video really lets you relive the experience. Hopefully in future a 360 projector will project it all around you, or right now a set of VR goggles will let you experience it as if you are back where you took the photo.

Watch a video review at https://www.youtube.com/watch?v=qe6B4sgtLiQ which also shows what to expect from the companion phone app. 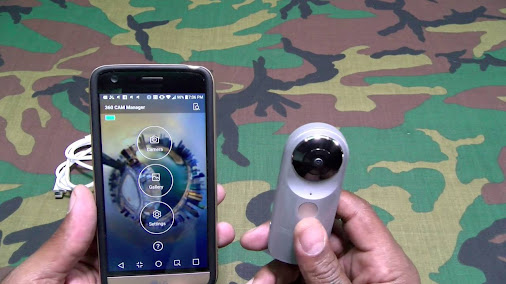