Quite interesting and although not a scientific or real-world comparison, when you compare what South Africa has done with this tank in terms of modifications, the same can be said for its rifles, the Rooivalk Attack Helicopter and the Rooikat armoured fighting vehicle where an original design was adapted and improved at a very reasonable cost and based on warfare experience to produce some very effective weapons.

I did not realise that in the 1988 battle of Cuito Cuanavale that Olifant Mk.1A tanks tore through FAPLA T-34s and T-55s, knocking out a few Cuban T-62s and allegedly even some T-72s. 94 of the enemy were knocked out (not all by Olifants) at the cost of only 3 Olifant tanks.

The Rooikat armoured fighting vehicle was uniquely adapted for South Africa's long-distance highly mobile warfare and able to travel at up to 120 km/h and had a range of 1,000km. The video explains why wheeled vehicles were chosen over tracked vehicles and why the main gun was chosen to be a 76mm and not a 105mm.

Although very different sources of video the theme through all of them is quite common - take something and improve it based on battle experience and then produce it locally. 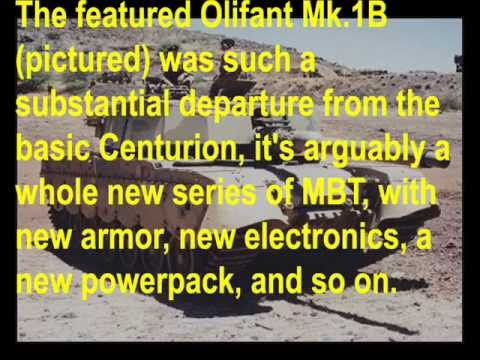