In the cases above the phone is issued completely free and you retain your landline number.

The has some nice features like the following:
* Wireless with a battery so technically you can take your "landline" with you to a neighbours house
* Wifi hotspot for up to 5 users or USB tethering to use it as an Internet device (speed is not very fast though)
* Bluetooth or USB file transfer
* FM radio
* Media player and image viewer
* Calendar, Tasks and Notes
* Calculator and runs basic Java games
* Send / receive e-mails
* Send / receive SMS/MMS
* 2,000 contacts
* Speakerphone
* Sound recorder which will record radio too
* 5 Alarms
* Ebook reader

The manual can be viewed at https://usermanual.wiki/Document/AtelAGPKW125UserManual.373822576.

So the odd thing is that I already have a fixed LTE-A Internet service with a SIM from Telkom with a device that will allow an analogue phone to be connected to it and operate voice calls over SIP... but no, I get a separate phone which is valued at about R1,995 I see. I was trying to explain to Telkom that they could actually optimise their devices a bit more and consolidate... but the reply was they know nothing about that as it is a different division. Now I'm using an extra LTE channel off the tower that could have been spared.

Want to keep your Telkom landline number after your copper line is removed? See this post I made at https://gadgeteer.co.za/want-keep-your-landline-number-after-your-copper-line-cancelled-south-africa-port-it-cancelling 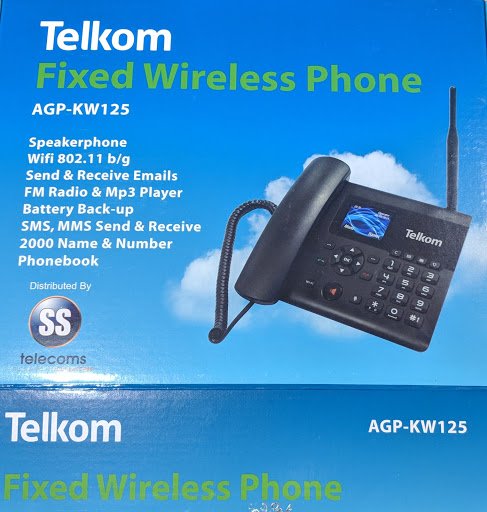