Skip to content
Latest Posts
Facebook rated the least safe e-commerce option in government rankings – Singapore’s safety scheme measures scam-combatting capability
Cheapest electric bicycle in South Africa costs R10,000 and has a 30km – 40km range
Erase.bg is a free iOS and Android app that removes any photo background without ads, watermarks, or in-app purchases
An iPhone now has the ability to perform visual look-ups on photos to identify plants, like Google Lens
ONLYOFFICE 7.1 is Out With New PDF Viewer, Slideshow Animations + More, as an open source alternative to MS Office and LibreOffice for Windows, macOS and Linux 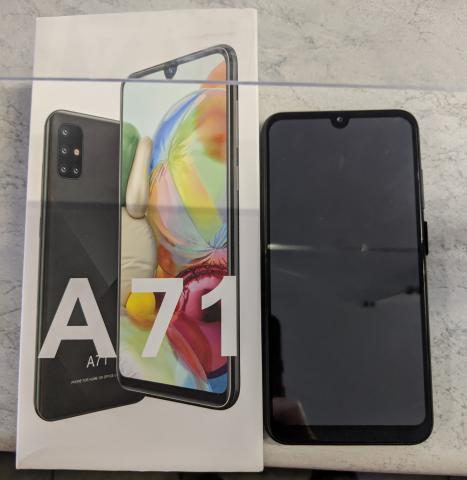 My daughter got scammed yesterday into buying a Samsung Galaxy A71 phone for R2,400 cash. The story was it was an unwanted birthday gift being sold at 50% less than similar second hand phones. She put her SIM card in to make a call to test it was not blacklisted etc and it worked. It also booted up complete with Samsung logo, Samsung model number in settings, has a branded box, has branding on the phone, etc. Point is it seems to be a syndicate importing these “look alikes”. But we took it to a Samsung shop who very quickly verified it was definitely not a Samsung phone at all. Samsung says it has been happening for years “but what can they do?”. Well they could take it up with SA Customs who is supposed to prevent fake merchandise from entering the country. There is no way this was a single item import, and I really doubt this operation is being technically put together locally.

Unfortunately I was worrying more about the safety of the venue and whether the phone was blocked, than actually checking the model specifics out (it was my daughter’s choice of model etc and I was not involved in what it did etc). The scammer seems to want to try to use a venue close to where they are (citing they don’t have transport) and when I refused that venue, they claimed they did not know Canal Walk or could not get there (there is a Samsung shop at Canal Walk), and in the end we settled on N1 City Mall outside Pick ‘n Pay, where there is a video surveillance camera and security.

So the exchange went off fine and very friendly including the testing. On the way home she remarked the bezel did look a bit odd but when she was home she complained it was not updating the firmware and after loading 4 apps it said it’s 1GB RAM was out of space (that A71 should have had more memory than that).  So Case CAS 146/11/2020 is registered at Goodwood Police Station along with the photo I took of the offender and all the other screenshots we had of correspondence.

The signs to look out for though are the following:

So yes the damage is done and my daughter has to pay off this debt to her mom who loaned her the money to buy the phone. But as buyers the lessons are you need to be firm on conditions for buying 2nd hand good. A genuine buyer will usually comply happily, and if not, walk away from the deal. So things to insist on: