Skip to content
Latest Posts
The history of the internet is repeatedly reduced to the story of the singular Arpanet, but BBSs were just as important, if not more
Hydrovolt, The Largest Battery Recycling Facility In Europe, Begins Operations – Where There Is An Economic Demand, Then Industry Supplies It
Could Zimbabwe’s Public Transport Chaos Catalyse The Adoption Of Electric Scooters For Personal Mobility?
Facebook rated the least safe e-commerce option in government rankings – Singapore’s safety scheme measures scam-combatting capability
Cheapest electric bicycle in South Africa costs R10,000 and has a 30km – 40km range 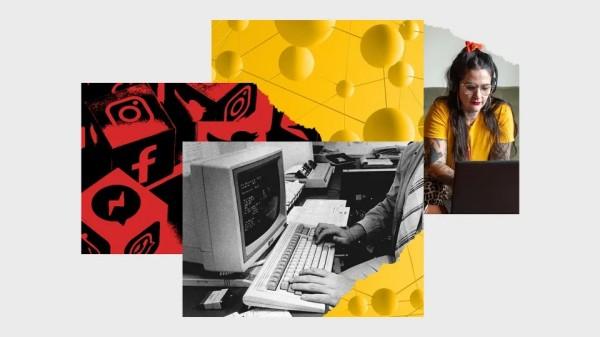 The modem world refuses to be a single, stable object of analysis. In life and in memory, it was multiple, different, conflicting networks at the same time. This complexity was written into the architecture of the networks themselves. Before 1996, the modem world was not yet the internet, not yet a single, universal information infrastructure bound together by a shared set of protocols. In the days of Usenet and BBSs and Minitel, cyberspace was defined by the interconnection of thousands of small-scale local systems, each with its own idiosyncratic culture and technical design, a dynamic assemblage of overlapping communication systems held together by digital duct tape and a handshake. It looked and felt different depending on where you plugged in your modem.

The standard history of the internet jumps from Arpanet to the web, skipping right past the mess of the modem world. Platforms didn’t invent the social use of computer networks. Amateurs, activists, educators, students, and small business owners did. Silicon Valley turned their practices into a product, pumped it full of speculative capital, scaled it, and so far refuse to treat the lives we live through it with care.

Yes, my own first exposure to connected networks was via a dial-up modem to a Bulletin Board System. I still remember my first e-mail address, and how after dialling in, you’d create your account from a terminal screen (there were no GUI web browsers back then) and it was all ASCII text on a screen. The BBS was the gathering place to send and receive messages (we got actual e-mail addresses later on), share files, and a bit later on, the BBSs offered links to what was becoming the broader Internet. This was before the IBM PC XT had made any appearance, as I was on an Amiga 500 computer. Later came Netscape Navigator, and early graphics browsers. Yes, we were ‘connected’ long before we’d heard of The Internet.

In the words of one former sysop, the BBS was the original cyberspace. The stories from this era remind us that many different internets have already existed. An internet after social media is still possible; the internet of today can still become something better, more just, equitable, and inclusive—a future worth fighting for.